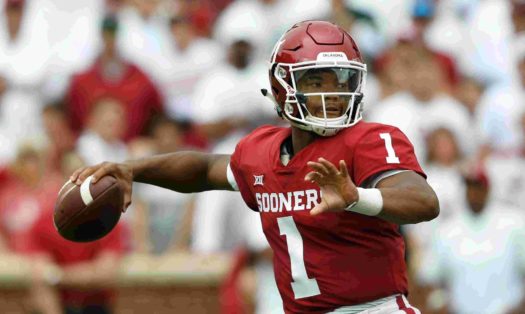 The beginning of October means many things to a lot of people. Going to pumpkin patches, preparing for Halloween, etc. For many sports fans, though, October means that college football is in full swing.

College football means a lot to sports fans, as many like to argue that college football is better than professional football. Junior Nate Orlandi says, “I enjoy college football more than the NFL because I think it is simply livelier and more entertaining overall.” That is an argument many people stand by when comparing the two. Many think it is more competitive, as many
players are looking to advance their careers as football players and make it to the NFL. This competitiveness, many believe, help make it more entertaining.

Many people across the United States love supporting their alma mater, future college, or just a team they have developed a bond with for a certain reason. That same pride and supportiveness for one’s team can also be found within our very own school. Nate says “My favorite team is ISU. I grew up watching them with my grandpa and they helped me grow my love for football”. Senior Jake Ahearn says, “Alabama is my favorite because there’s just something beautiful about watching their coach Nick Saban walk up and down the sideline leading the tide to victory.”

It is fair to say that college football fever is spreading fast around Ottawa. Luckily there’s games every Saturday until the National Championship, which will take place on January 7th, 2019.