Junior TJ McDonnell is a 17-year-old kid who loves spending his time on the weekend hanging out with his friends, but when it comes to golf, it’s all business.
McDonnell started playing golf during the summer going into 8th grade at Wallace Elementary School. One year later, he was moved up to varsity as a freshman, standing out almost instantly to coaches and spectators. Some of his biggest accomplishments throughout his three years include being All-Conference two years in a row, winning the 2017 Ottawa Invite, and his biggest of all, beating Coach Gunderson in a match.
When asked what he loves most about playing golf, he simply responded, “I just enjoy getting to go out and have fun with the boys.” Junior Kadon Harth, a fellow teammate, enjoys playing alongside him. “He gives me really great pointers and helps me improve my game, so I can take it to the next level. TJ’s like some type of warlock when he steps foot on the course,” Harth said.
McDonnell’s biggest inspiration is Tiger Woods, easily one of the most recognizable and greatest golfers of all time. “After seeing him come back after everything he’s been through makes me feel like anything is possible.”
After high school, McDonnell’s plans are to play golf somewhere on the college level and go into studies for agriculture and farming. Other clubs he is involved in is basketball, baseball and Superfans. McDonnell’s passion for the game of golf and overall confidence in anything he does, whether it’s golf or not, is what makes him stand out as a great athlete. 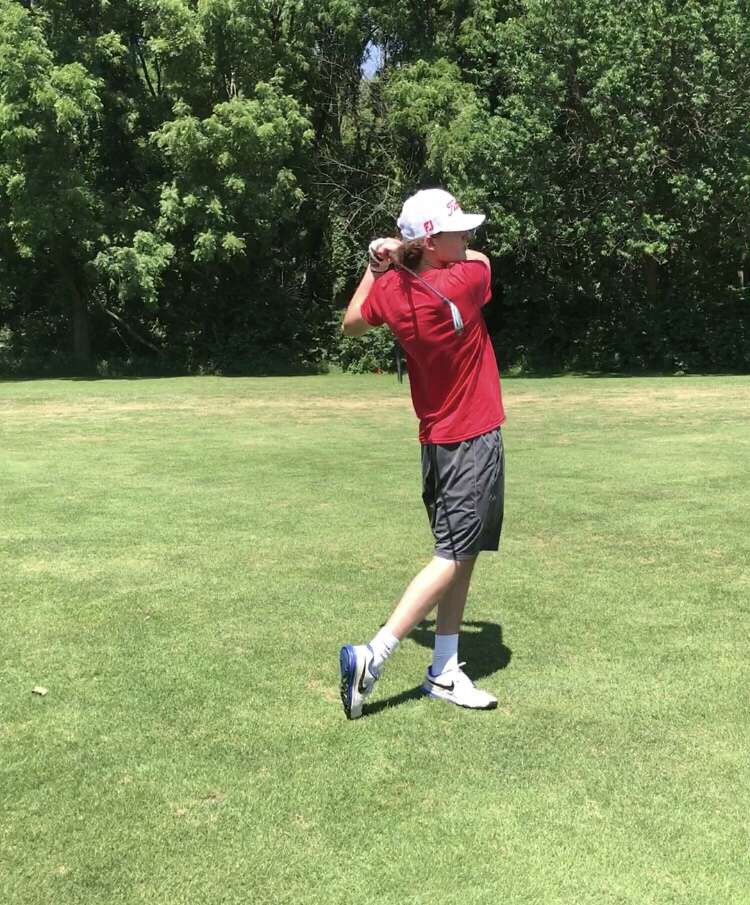