Golfing with the Girls 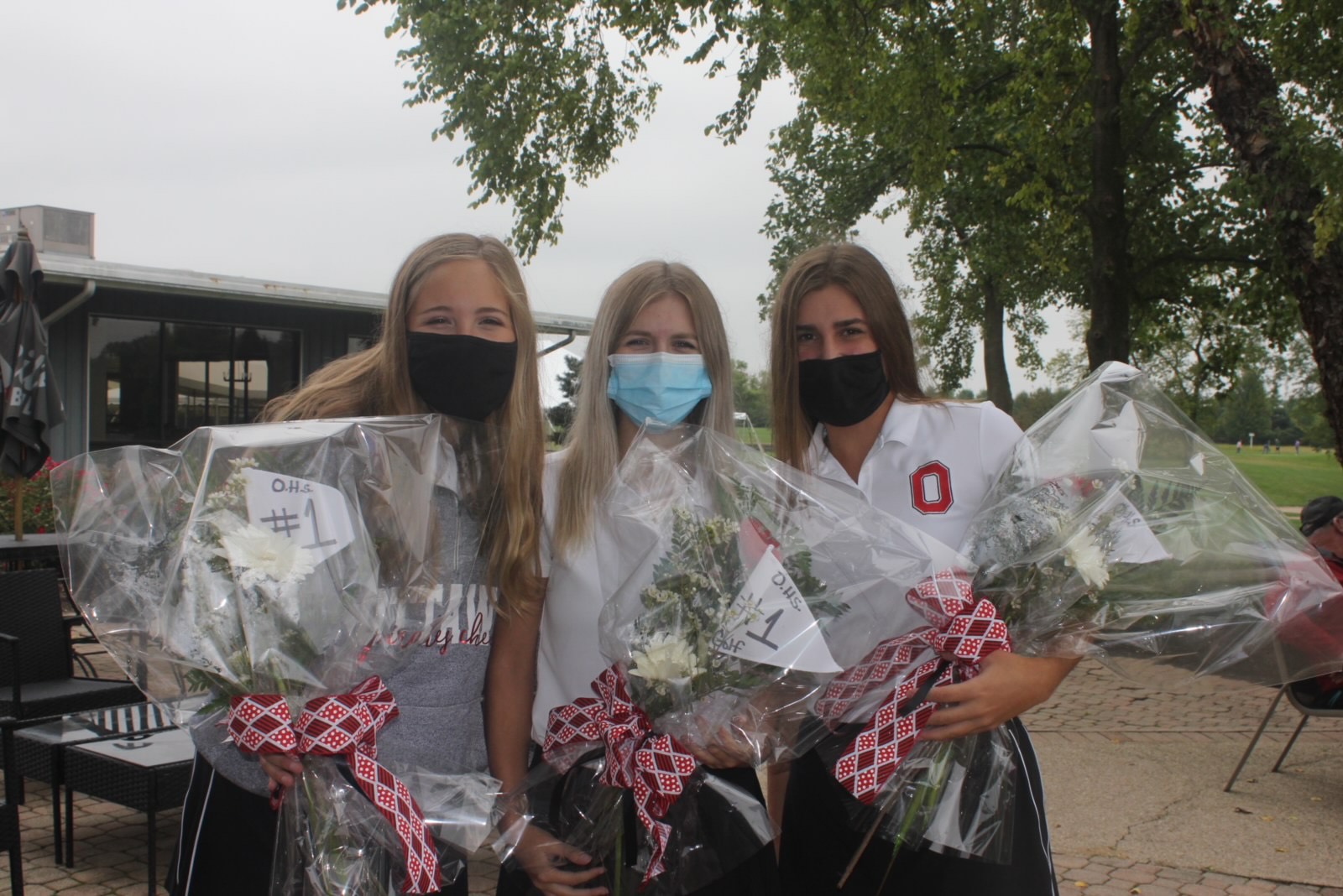 ▲
Mask on! The three seniors on the girls golf team pose for a photo at their senior night.
Julia Mclean

▲
Mask on! The three seniors on the girls golf team pose for a photo at their senior night.
Julia Mclean

Have you heard about the new sporting team for girls? Girls golf is now available for girls who are interested in taking up the relaxing sport. The girls competed a whole season on their own, the first year they were independent from the boys team.

The senior girl golfers started the team last year, but they did not have enough members to be independent from the boys. Senior Abi Claus said, “It was a dream come true being a part of starting a whole new team at my school.” Claus took pride in her contribution to her school and team. Senior Megan Bessett was the only girl on the team that started her freshman year.

Many of the girls started golf at a young age, but some just gave it their all and picked up the sport just these last two years. “I started golf around age 7 and my dad would drag me to the golf course even before that. I took lessons and was in the First Tee of Chicago league until the end of sixth grade. I have always loved the sport but now since joining the Ottawa girls golf team I have grown more in my game.” Freshman Caroline Cooney said. Other golfers like Julia McLean Abi Claus and Josie Poundstone started last year.

The whole team improved throughout the year and, their team bond heightened as their scores lowered. Coach Ryan Gunderson said, “Playing sports there are always ups and downs, but when you have upperclassman that help build a program and encourage other girls to play a sport that might not be that popular to girls is pretty amazing.” Ryan Gunderson shows how much pride he has in his girls and how excited he is to be their coach.

The golf program is excited to say that they have made room for the girls to compete as their own team and grow the program from here on out.